In the world of art and crafts one of the mediums I am not so skilled at is knitting. My mom tried her best to teach me, in fact we laughed our way through chemo as she rather unsuccessfully tried to teach me to cast on, keep my stitches even, not drop stitches and the like. I would joke that "I knit holes."

Last month at the Craft and Hobby Association, I was walking by the Bernat yarn booth when I saw this group of people sitting around knitting, but they weren't using needles, they were using their arms! After watching quite fascinated for awhile, I decided that I should learn this funky skill, after all it seems to do what I could "knit holes."
With arm knitting, you use your arms as your needles. The results are wonderful chunky projects that go quick because your needles are so big. 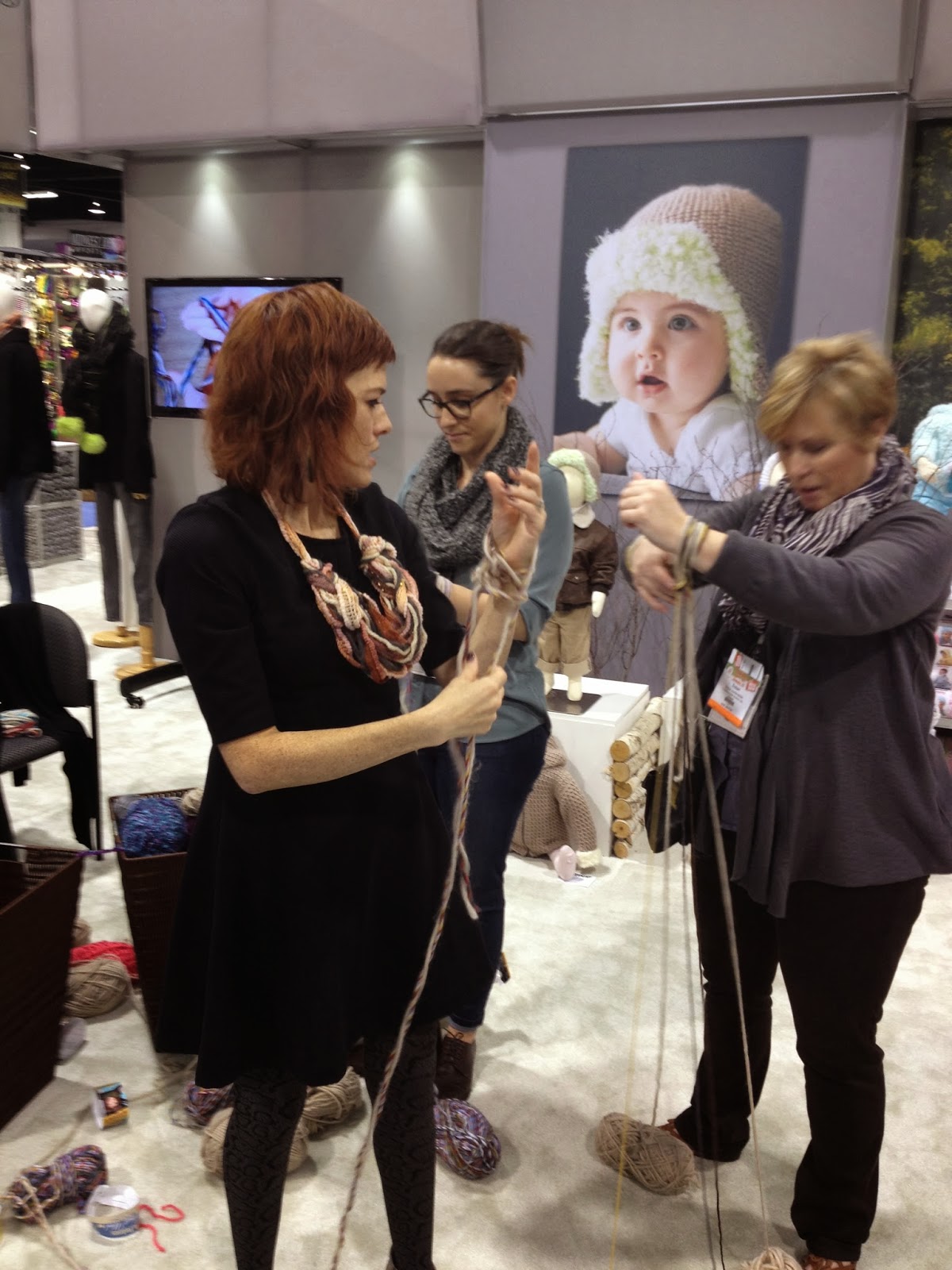 The wonderful Vickie Howell was teaching. The first thing she attempted to do was teach me to cast on. I was pretty skeptical BUT I found something out, once I got the sticks out of the way casting on was pretty easy! Before I knew it I was knitting along with the best of them! 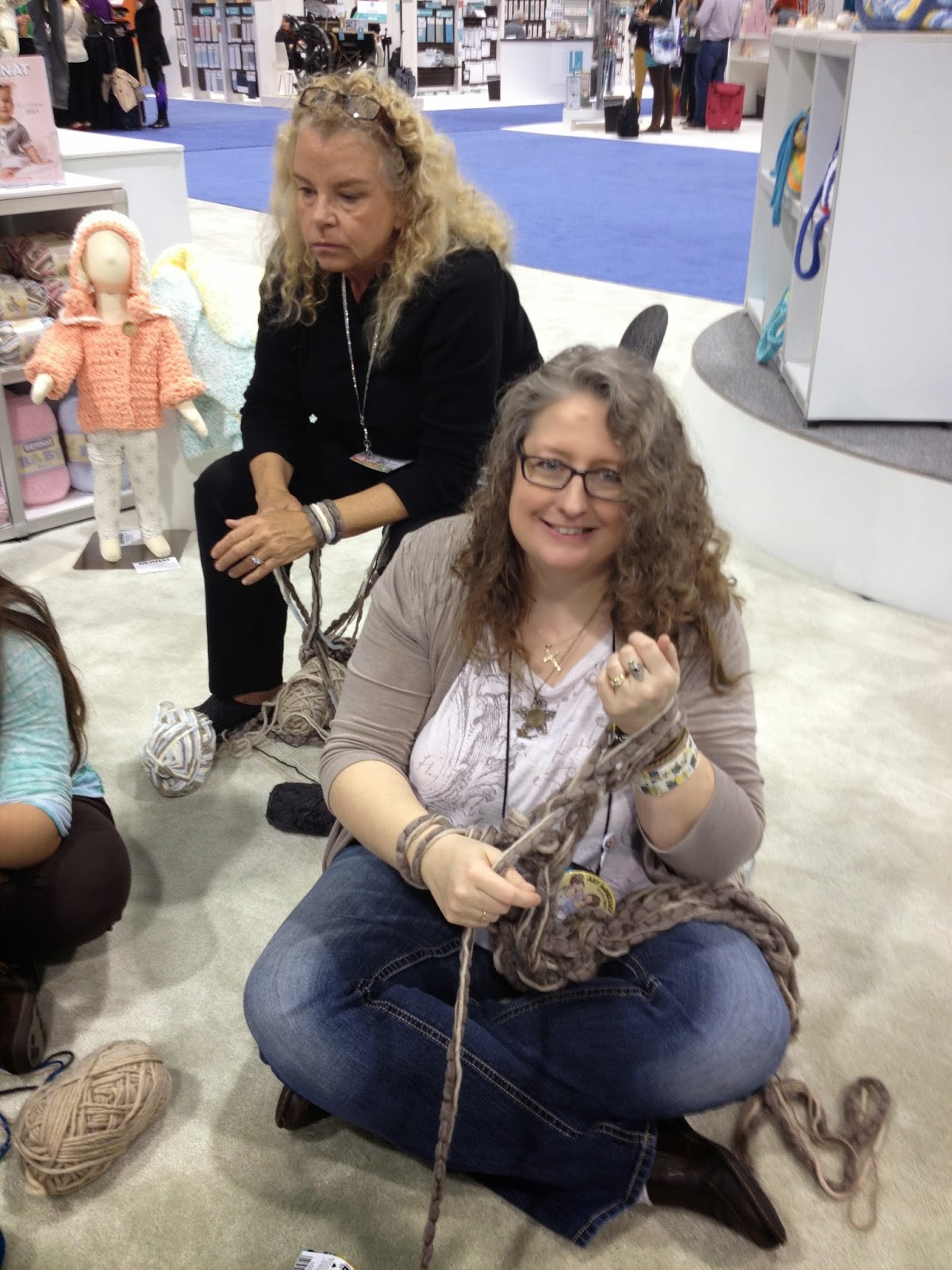 The funny thing about my new found skill, I couldn't stop thinking about it. With the polar vortex taking it's toll on the Chicago area, I kept thinking about all the outfits and such I would love to have a scarf to wear with. So I started playing around with it. When I learned to arm knit we learned a 4 stitch, 4 skein of yarn, chunky scarf. I decided to play around and see what fewer skeins and more stitches would look like.  Also instead of making the scarf infinity style, I left it open and added fringe. The result was this.

In the two weeks following the show I must have made 5 scarves. As I said they went quick, I found the motion soothing and creating therapeutic. The only downside was the fact I was literally "tied up" until my project was finished. As word got out to my friends they wanted to learn as well. So Super Bowl Sunday I taught my first "arm knitting class" to some friends and their daughters. Everyone had a blast and their scarves turned out fabulously. 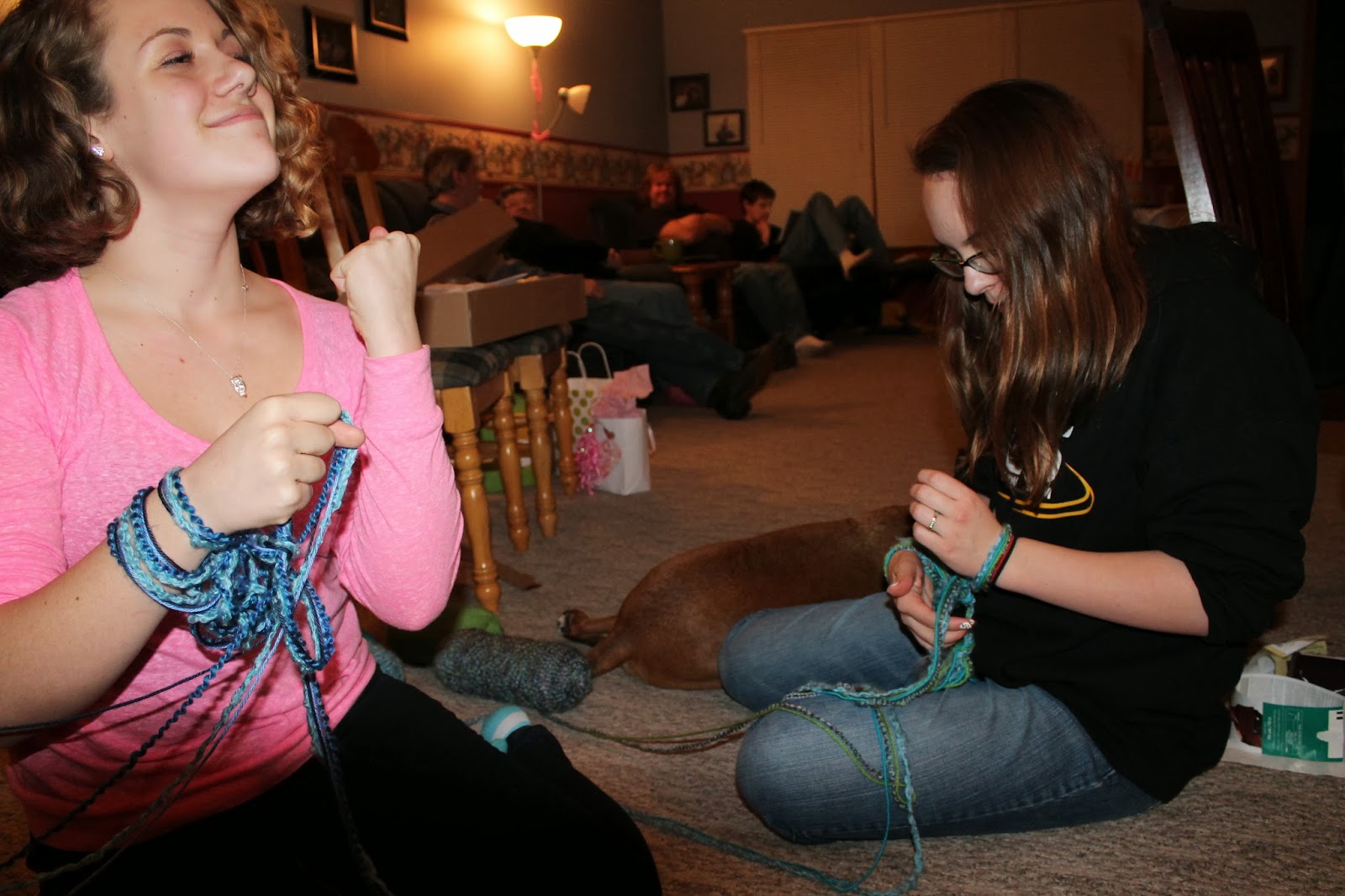 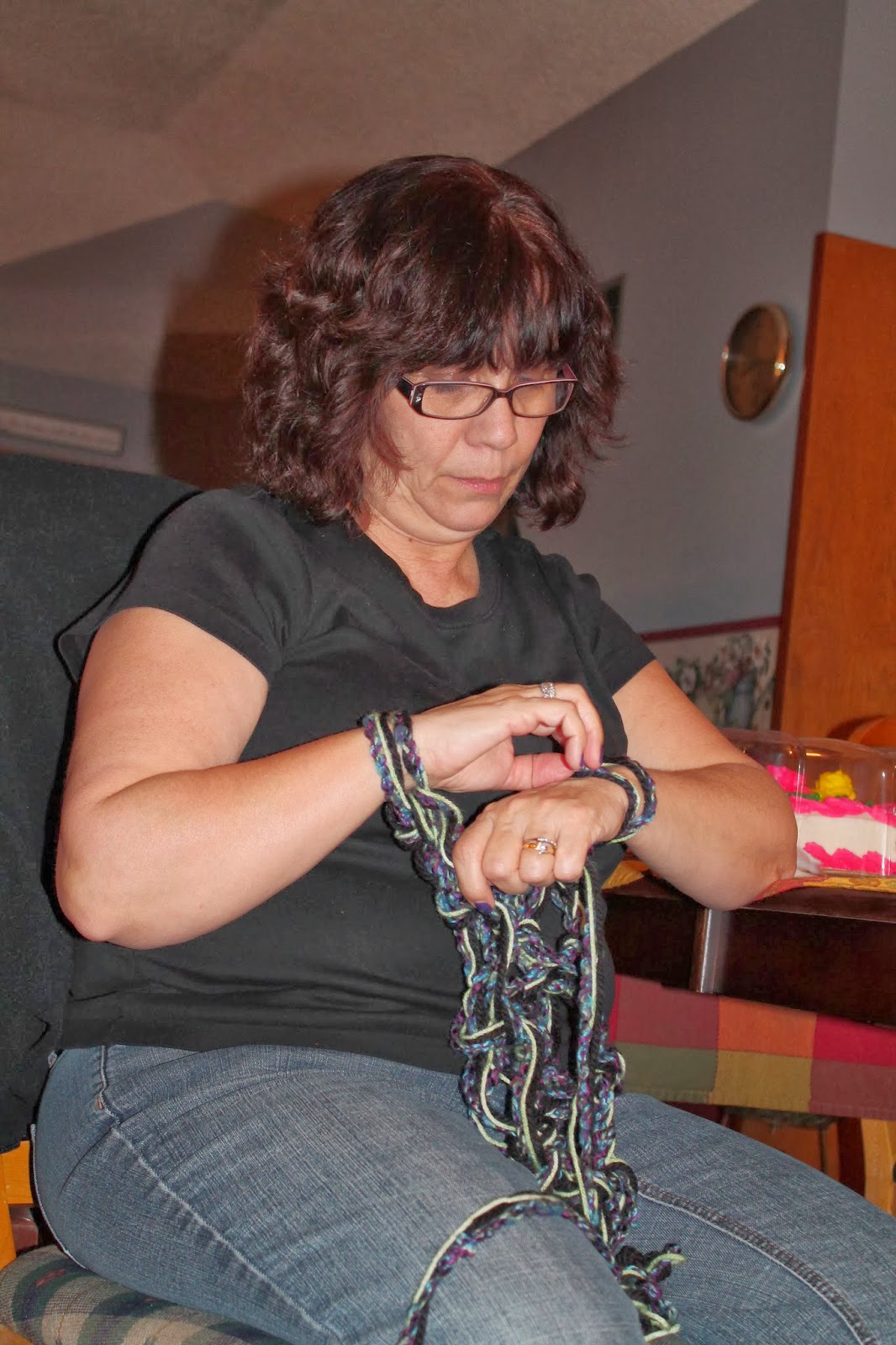 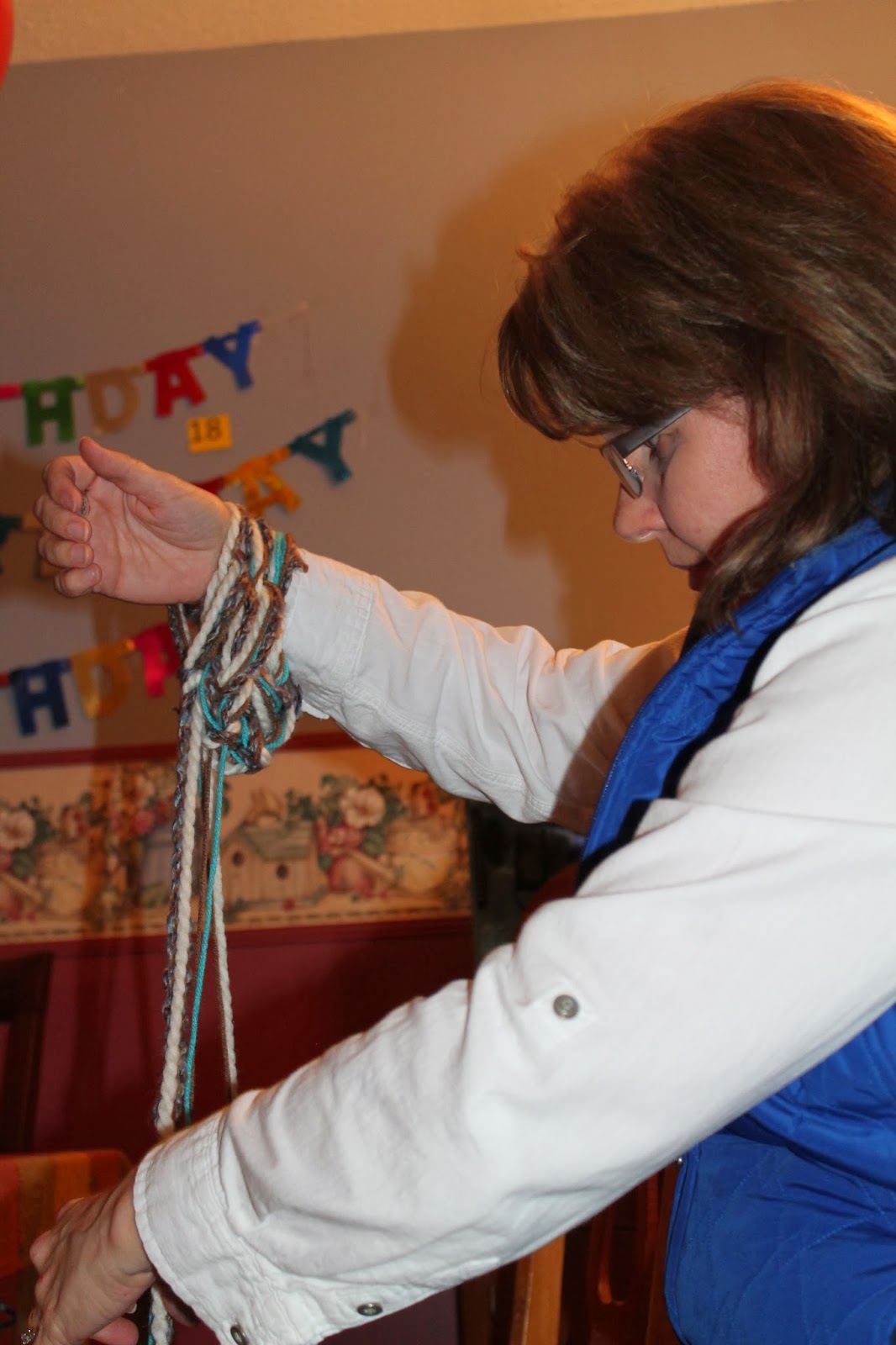 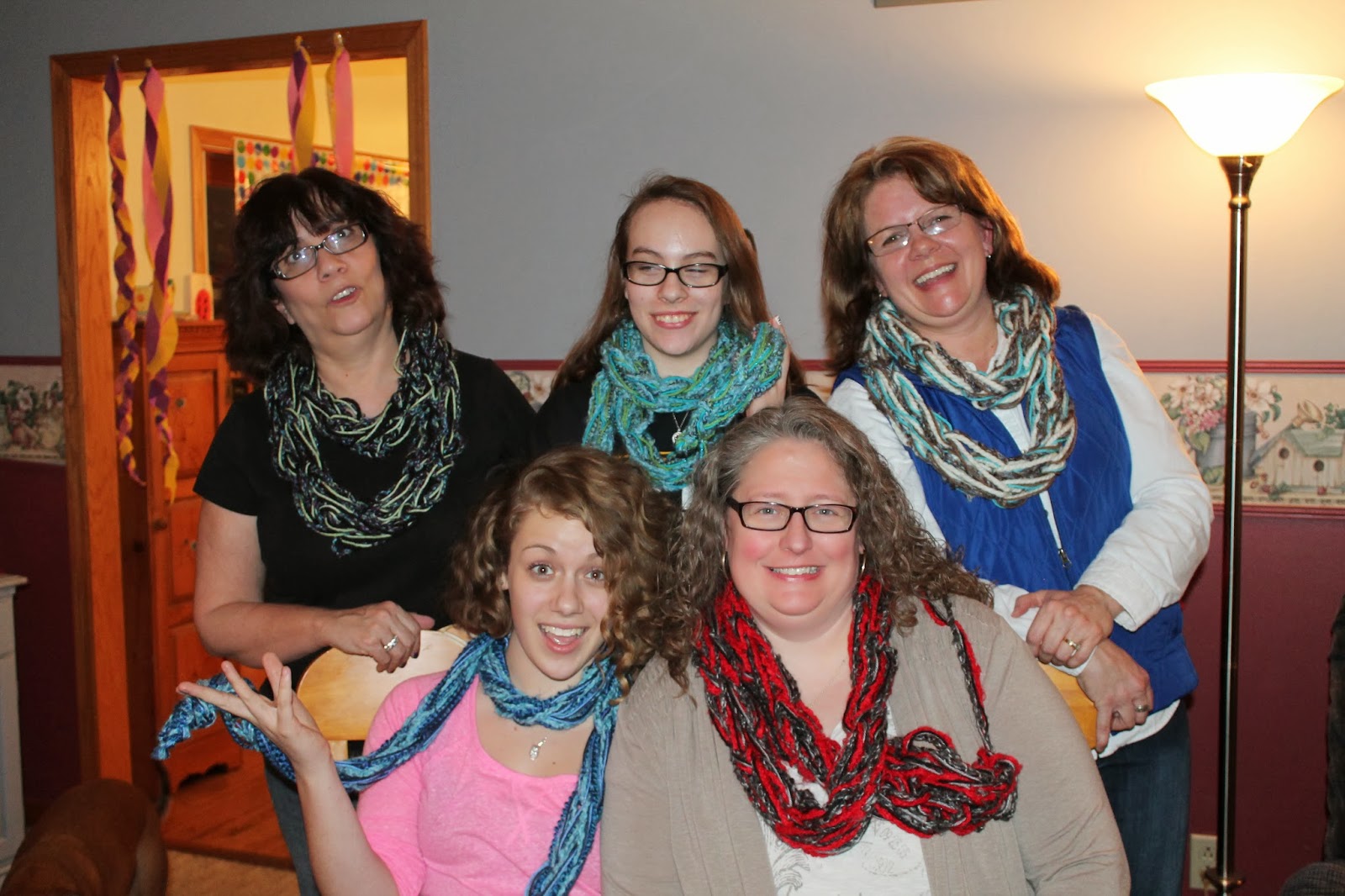 Thanks Vicki for taking the time to teach me and Bernat yarns for sponsoring the make and take. If you would like to see more of Vicki's work check out her website: Vicki Howell. She does amazing work and even uses those pesky sticks ;)

Posted by Betsy Burnett at 7:22 AM