Playing with paint and canvas

So when your house is torn up with a never ending rehab project meaning your craft supplies are for the most part "boxed up" what's a gal to do? Play with what's in front of her that's what! As you know my mom passed away and I have had the rather difficult task of cleaning out her house. One of the treasures I took with me was some of her painting supplies. That being the case I have been dabbling with canvas and ink lately.

A friend of mine asked me to make her something for her kitchen so I had this idea of a watering can "showering love" now I am NOT a painter....in fact the kids usually come up to me and say "my mom what a nice picture." so I didn't want to do a whole watering can just give the illusion.... 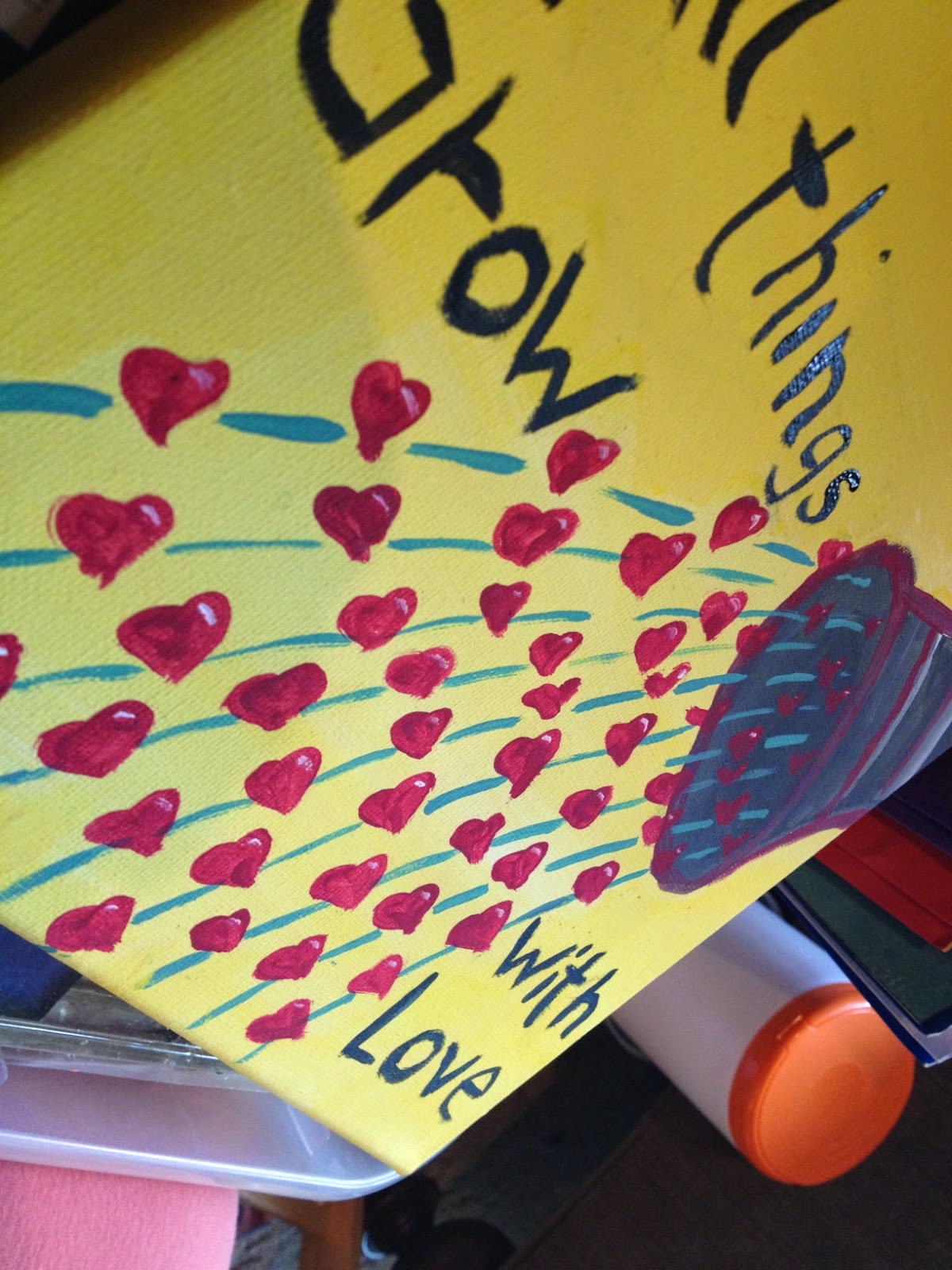 So I just did the top of the can. I added a saying and some hearts and called it done. 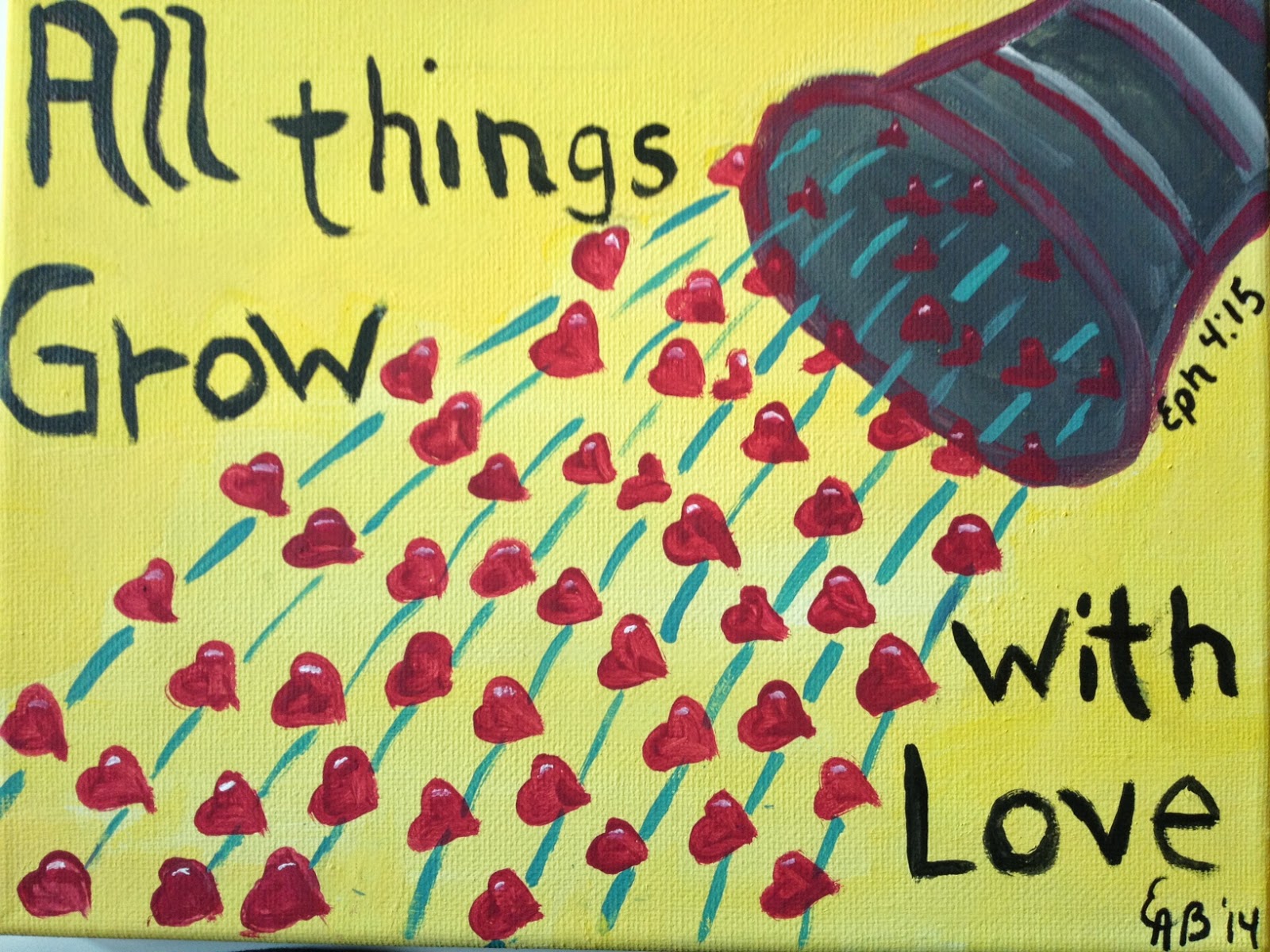 I found out after the fact, that her entire living room is decorated in watering cans, so loved the idea of  carrying the theme into the kitchen  :) I'll let you know what she thinks of it.
Posted by Betsy Burnett at 9:50 AM